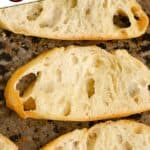 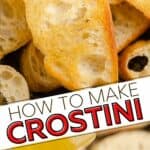 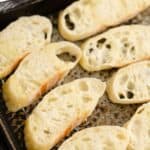 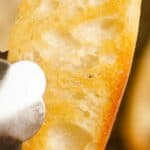 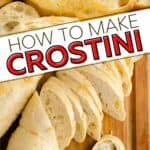 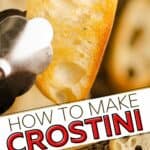 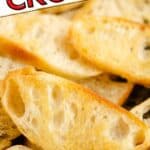 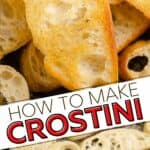 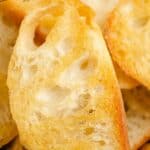 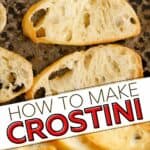 Learn how to make crostini, which are toasted pieces of French bread. It is an easy recipe that makes for a perfect dipper or topped with cheese, fruits, meats, and more for amazing appetizers.

I first discovered crostini working in fine dining restaurants throughout college. Crostini means “little toast” in Italian, which it is but so much much fancier than a classic American piece of toast.

French baguettes are sliced into quarter inch thick pieces and drizzled with olive oil and a sprinkle of flakey sea salt. They are toasted to perfection until the edges are nice and crispy and the inside has a little bit of chewy bread with a crusty exterior.

Ways to use Crostini

Crostini elevate any party or gathering. Instead of boxed crackers or plain bread, these little pieces of golden crunchy bread make just about any appetizer better.

I love serving fresh crostini with my hugely popular Blueberry Balsamic Goat Cheese Dip. They are also delicious when simply topping them with some cheddar and sliced apples or just about any other meat, cheese and fruit combination.

Here are some of my favorite crostini recipes,

What Bread to Use

The best crostini are made from a fresh baguette, but you can also breathe new life into a stale loaf of bread by toasting them up into crostini.

Other crusty breads like sourdough can make great crostini, but it’s important to take the size into consideration. You don’t want crostini to be too large or they become unmanageable for finger food and appetizers.

Other breads like Rye are also great for added flavor.

How to Bake Crostini

Slice your baguette into 1/4 inch thick slices and layer on a sheet pan. Drizzle the slices of bread with olive oil or avocado oil. You can brush the oil on if you want, but I’ve found with all the crostini I have made over the years that it doesn’t make much difference.

As long as you are generous with the oil, it finds it ways into the cracks and crevices of the baguette and will toast the bottom of the crostini to beautiful golden brown perfection.

Baking Crostini in the Oven

You can bake crostini in the oven anywhere from 325F-450F if you are baking the crostini along with other food. The baking time will take between 5-12 minutes, depending on how thick you cut your bread and what temperature you are baking them at. Just keep a close eye on them.

They are ready to go when you press down in the center of the crostini and the outside layer of bread is crisp but has a little give in the center. The edges and bottom will be golden brown.

You don’t want to overbake crostini or they can quickly become rock hard.

Making Crostini ahead of time

If you are planning a party and have lots of food to prepare, crostini are one of the recipes you can make ahead of time. Bake the crostini and allow them to cool to room temperature.

To store crostini, place them in an air-tight container and seal. Store up to 24 hours for the best results. I find it’s best to wait to top the crostini with soft cheese or anything with moisture until right before serving.

Dips for Serving with Crostini

While topping crostini with bruschetta or cheeses makes for an impressive passed appetizer, they are also fantastic served alongside a great dip recipe. Here are some of my favorite dip recipes to serve with crostini,

If you prefer a thicker crostini, slice it 1/3-1/2 inch thick and add a few minutes to the baking time. 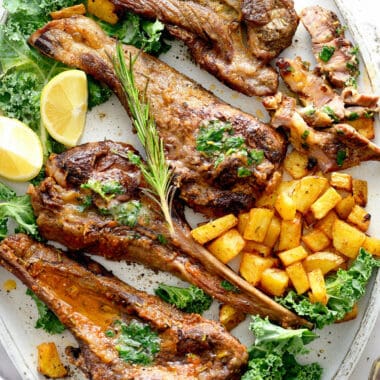 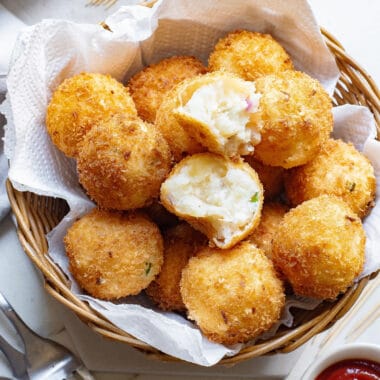 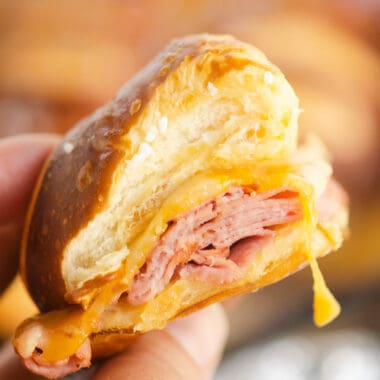 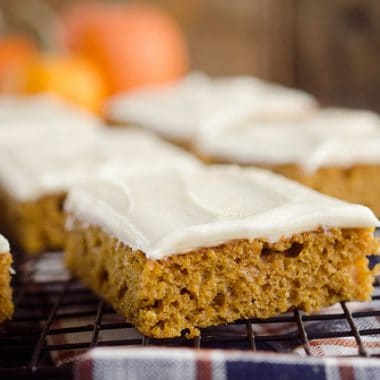 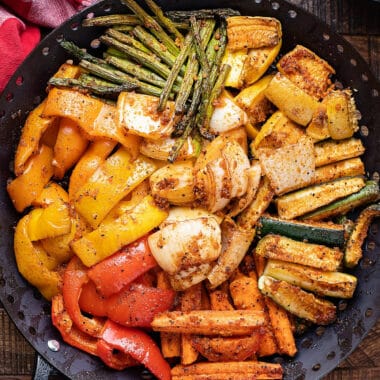 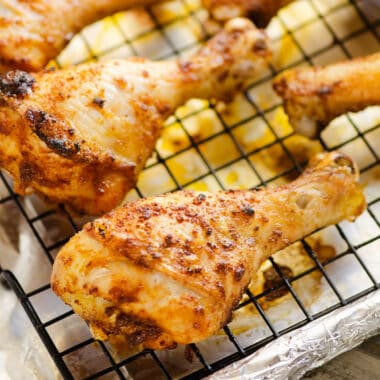